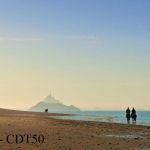 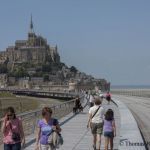 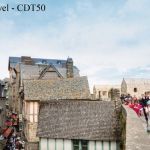 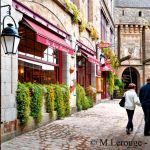 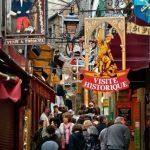 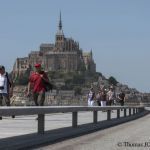 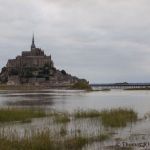 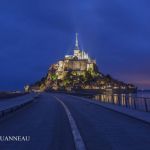 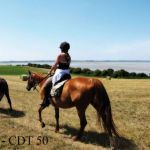 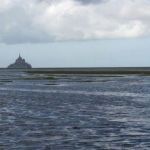 The Saint Michael's bay and mount are listed as World Heritage. It also has a village, an abbey and a museum.

"Mont-Saint-Michel" is a Norman island, built in honour of the archangel St. Michael, located in the heart of an immense bay invaded by the most extreme tides in Europe. Successively registered as a Historical Monument and then a UNESCO World Heritage, the St. Michael's Mount, previously a spiritual place, currently attracts more than three million visitors each year. In fact, it is the most visited tourist site in Normandy. 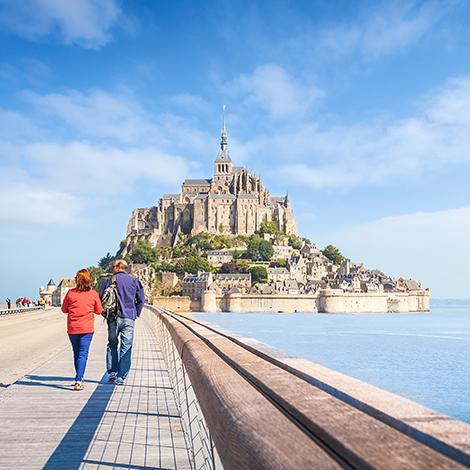 The centre point of St. Michael's Mount is the abbey around which the village has existed since the year 709. A famed international monument, the Saint-Michael's abbey has numerous rooms that can be visited for free. From the abbey, you will have an incomparable view of the bay, dominated by the statue of Saint Michael placed on the top of the church, 170 metres away. The “Grande Rue du rocher” street will invite you for a gourmet meal and souvenirs but also teach you history by way of its museums and VV and XVI century houses. 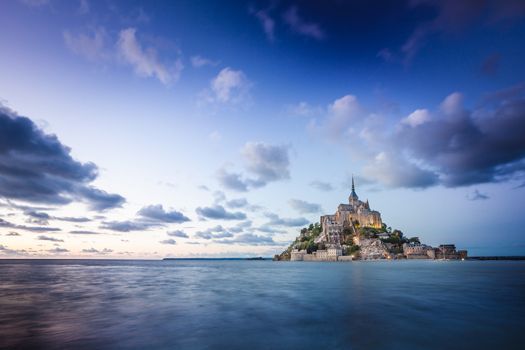 Now attached to the mainland by a footbridge, located about 100 kilometres from the Grand Large **** campsite, St. Michael's Mount offers many ways to reach the rock : on foot via the 3 pedestrian trails which offer a unique view of the bay and the Mount, in a shuttle, or, more unusually, the horse-drawn carriage (the “Maringote”), pulled by two horses.
Come and discover the site the way the ancient pilgrims did.
Booking
Blog
Offers